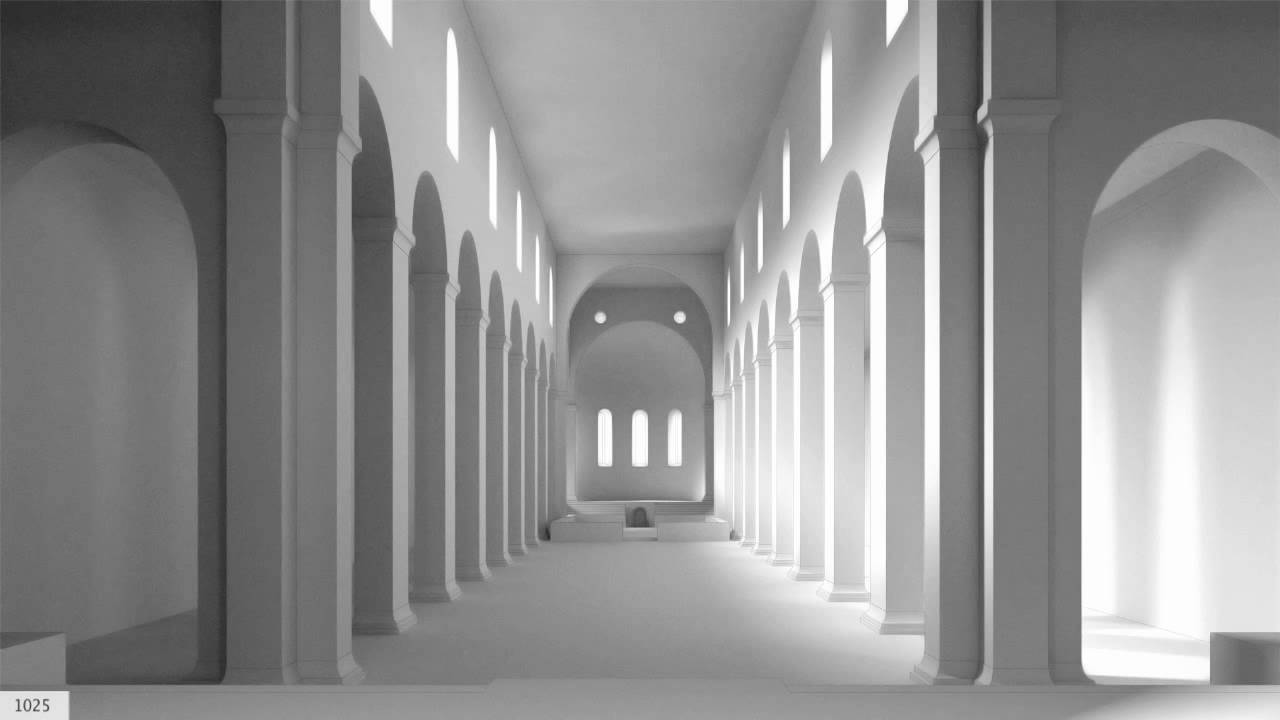 It is not the product that matters for the product to be successful, after all: welcome to the age of ‘Product Design Mechanics’ …

The Middle Ages were also named the dark ages, as the speed of progress was not at its peak – mildly spoken … in many cases they were even a step back versus the cultural and technological achievements the Greeks and especially the Romans had made. Black Death reigned over large parts of Europe and beyond, killing more than a third of the overall population. Human rights were still to be invented, the value of a man’s life was low and the age of enlightenment was still far away, yet to be heralded by the Renaissance … which was still far away.

Still, the Middle Ages also had their shining beacons, the construction of sky-reaching cathedrals being one of them. Like Notre Dame de Paris or the Cologne Cathedral, these were built by masons, who were directed by master builders.

A master builder’s business was easy: he had to be good in his skill. If he was good, then the probability was high he would be hired for his service and be paid well. Seen from the other perspective, you would hire a master builder only if his service was good. Back in those days, this simple truth held for virtually all services or products:

It’s not about the product anymore

The quality of the product or the service itself decides if it is successful or not. This still holds to our days – you go to the doctor that has the best reputation; you buy a kitchen table from a carpenter whose style and craftmanship you value. But it does not hold as a general truth anymore.

In fact, today things are a lot more complex. We do not only live in the digital age, we also live in the behavioral age:

It does not suffice for products and services today just to be “good” in terms of quality or guise. In fact, sometimes this does not even help. In today’s world, product or service quality has been offset by something groundbreaking and substantially different – even though most people are not even aware of it:

Products and services are successful today if they manage to exploit and orchestrate human interactions and behavior.

Take a while to take this sentence in and appreciate it in its full flavor. Still, while it sounds somewhat abstract, let’s go by an example of what is meant by it:

In the 80s and 90s, there were two operation systems fighting for the user’s love and attention. Mac and Windows. While Mac was a closed and meticulously controlled ecosystem, where all parts worked perfectly together, Windows and PCs were a lot more open and flexible. PC parts were produced by different vendors, not just IBM. Operating system (Windows) and hardware (IBM PC or compatibles) were produced by different companies, while Apple crafted all of it. Without doubt, Mac was the “better product”.

How a bad product could beat a good product

Seamless integration, state of the art technology and design, beauty built right into the system, robustness too – Windows and PCs could not match this. No way. Nevertheless, Windows won the race. By far. In 1990, there was less than 10% of Mac penetration in the US, and more than 80% penetration of Windows (source: Jeremy Reimer, Goldman Sachs research; see: https://www.businessinsider.com/how-apple-really-lost-its-lead-in-the-80s-2012-12).

How could that be, how was that ever possible? In the good old days of cathedral building, that would not have happened. The better master builder would have gotten the job. But Windows prevailed over Mac.

The reason lies in human interactions and behavior. Back in those days, exchange between different operating systems was virtually impossible: If you had a file on a Mac, you could hardly transfer that file to Windows. If you had an application, this was even impossible. An application on a Mac would never work on a Windows PC and vice-versa. So, the system you chose, that system you were confined to. Period.

Now, what is it that finally determines the choice you make when you buy a new system? Basically, it’s which system the people you interact with – your friends and colleagues – are using. When all your friends are on Windows, chances are very high you will go for Windows as well. Even though you like Mac more than Windows.

So here we are: We have a model where choice is made based on the people you interact with rather than product quality. Windows was exploiting that human behavior and established its supremacy.

The mechanics that are working at the core of this phenomenon are called network effects. More of it to come at a later point.

How could Microsoft get to the point where more of your friends have Windows, in the first place? By having a system that is a lot more open to other vendors and OEMs. And once you have more users at some point, it’s a “rich get richer” phenomenon that is also baked into network effects. When a certain tipping point is passed, this system becomes literally unstoppable. Hence “rich get richer”.

Interestingly, today the situation is different, and Apple’s operating systems have a significantly higher market share. Plus, the dominance of Microsoft is by far not as prevalent as it used to be. Just have a look at the table below, which lists the operation system share for immowelt.de (as of August 2020).

The reasons for this shift are manifold. One of them, however, is that the permeability between operating systems is a lot more fluent. Files and documents can be shared a lot more easily between them.

The shattered future of the system of the future

I myself witnessed this effect the first time when I was a kid of 5 or 6 years, way too young to think of network effects and the like: My father had just bought a video recorder. And he was super happy, because it was “Video 2000 – the system of the future”. And in fact, Video 2000, a co-production of Grundig and Philips, was the better product than VHS, which had been around before.

And still, a few years later we would take the video recorder to the junkyard. Video 2000 had lost against VHS. Big time. Why? Because of the same reasons that Windows made the race against the Mac. You buy a video recorder so you can swap cassettes with your friends.

Again, it’s not the better product anymore that makes the race.

When decision maker and payor are not the same entity

Baking network effects into a product, thus exploiting and orchestrating human behavior, can be a strong engine of growth. There are certainly other such patterns.

One I experienced when I was a consultant at the Boston Consulting Group, a long time ago. Back then, there were two airlines in Germany, Air Berlin and Lufthansa. While both serviced approximately the same routes, Air Berlin was roughly half as expensive as Lufthansa.

Nevertheless, most consultants would fly Lufthansa. Why that, did they want to harm their employer? Of course not. But there was one tiny incentive built into the Lufthansa system that would impact their behavior. That tiny little thing is an airline reward system called Miles&More:

Being a consultant, you could choose which airline you took. It was your proper decision. The bill would be paid by BCG, not you. So, you wouldn’t care too much about the cost. However, with Lufthansa you would get valuable “Miles” that you could keep for yourself. Air Berlin also had a loyalty program, but it was not nearly as good as that of Lufthansa.

Clearly, the “kickback” you got, that is, the monetary value of these “Miles”, was only a tiny fraction of the surplus of money to be paid to get a Lufthansa ticket (versus an Air Berlin ticket). The big difference is that one affects your personal pocket (the upside) whereas the other does not (the downside).

There is some sheer beauty to this exploitation and orchestration of human behavior. This phenomenon – where the decision-maker is the beneficiary of the upside, but not burdened with the implied downside – can also be experienced in credit card systems (which we will get to see in a later post).

Rethinking product design is a must

I’m German, living in Germany, and so I can experience the shift we see in product design first-hand: Germany has taken big pride in designing high-quality products. When the quality is superb, all the remaining jigsaw pieces will fall into places. Quality wins. The strong belief in “made in Germany” takes account of this.

That is also why Germany is so ill-equipped with regard to the digital economy. Here in particular, the new economics of orchestrating and exploiting human behavior are key. Network effects are omnipresent, and they are just one manifestation of this brave new world of designing products based on human behavior.

Strangely, while these new economics reign our world, I have not found a term for them – though I have been hunting high and low. It’s a true blind spot. So, let’s give them a name they deserve.

The nature of Product Design Mechanics

While studying these new economics of orchestrating and exploiting human behavior and interactions, one thing became obvious to me very soon:

There is no such thing as the one guiding principle, the one master pattern that is the DNA, the salt of life, of all these Product Design Mechanics (PDMs, for brevity). There are similarities and different guises.

If you are a software engineer, then you know Design Patterns, a break-through in software architecture, introduced by the famous “Gang of Four”. These Design Patterns, too, are not built upon that one single guiding principle. It’s a collection of patterns.

And so it is with Product Design Mechanics. There is not the one atomic PDM. It’s essentially a collection of PDMs that is ever-growing.

When we walk through our world with clear eyes and open minds, we become aware of ever new PDMs. It’s fun discovering them and dissecting them into their atomic abstract components, down to the underlying Product Design Mechanics.

In the following posts, let’s visit the PDMs that I have found while roving and observing. Some of them are well-known and have a name of their own. Some are not.

Some are PDMs that can be used as tactical means, to improve product features and the like, others have the potential and aspiration to define a business model’s entire strategy.

Welcome to the brave new world of Product Design Mechanics.