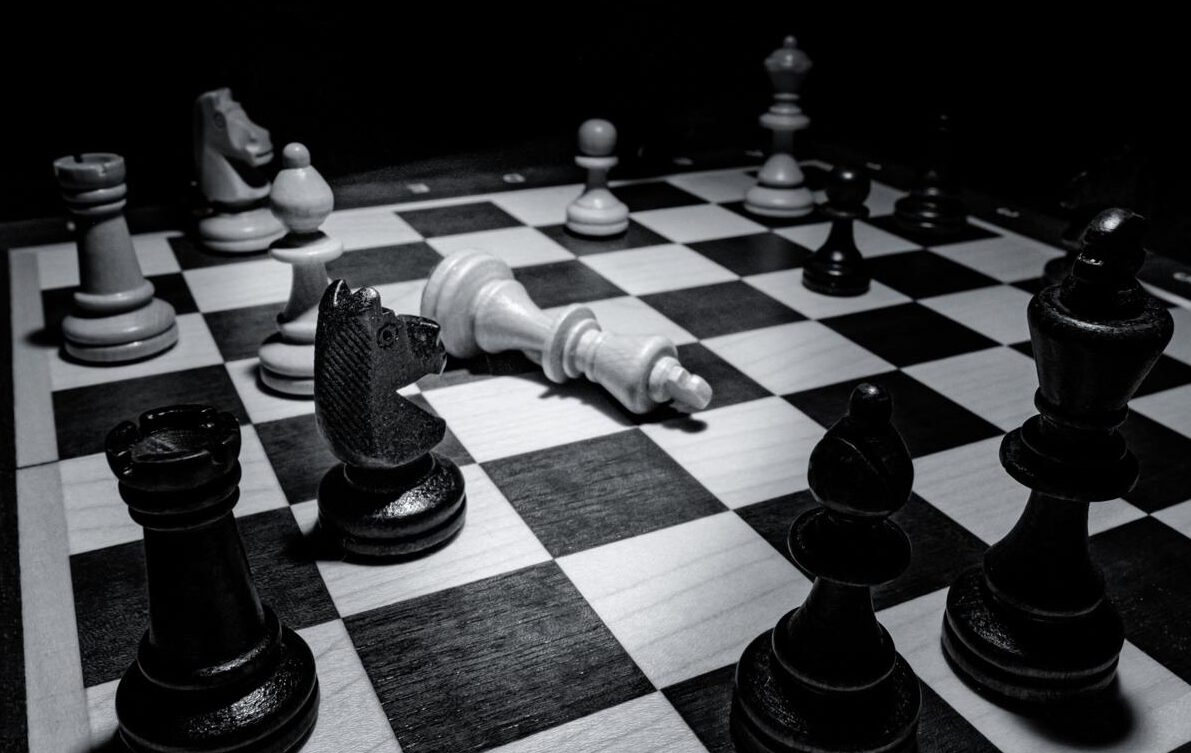 The king is dead, long live …

Product Design Mechanics #6: The PDM of Market Dominance Flip aims at an end game that switches the power from many local spokes to one central hub.

In most countries of the world, the last years could have been labeled the “food delivery wars”: Various digital-enabled players, e.g., Lieferando and Deliveroo in Germany, Foodora in other European countries, or Uber Eats and Grub Hub in the US, have been fighting for supremacy and domination in serving you a decent meal – whatever you want to eat, any time, right to your doorstep.

Their CEOs keep conjuring up fervent visions of a time where cooking for yourself is a mere relic of the past (or an occasional pastime) … and where it’s normal to just order food – for yourself, your family, your friends. Every day. Maybe even several times a day.

Food (delivery) is all around you

Unless you have consciously avoided the inner cities, you cannot have missed these food delivery services. Because every 5 minutes you would literally run into one of their delivery bikes, most of them sporting garish CI/CDs that request your eye’s attention unduly.

The promise these services make is easy: You have your favorite restaurant, we bring its food right to you; so you don’t need to bother to pick it up yourself. Sure, some restaurants already have their own delivery service in place. But many just do not (and do not intend to ramp up their own). So, this is the niche that these food delivery services intend to fill.

Commodity service is just the beginning

Basically, you as a consumer pay for a service. The service of your cooked meal being taken from A to B, namely the restaurant A to your very home B. It is hard to imagine that there is much money in this game. Basically, we are talking about a commodity service that anyone could take over, not requiring skilled personnel for its execution nor requiring the presence of some precious immaterial good, like exclusive access to the consumer.

But, this cannot be the whole story.

Why, then, would there be food delivery wars at all? Why would we be talking about companies, like Foodora, Lieferando, Uber Eats, Grub Hub, that boast massive market capitalization, many of them being publicly listed?

And why would these companies (along with their faithful investors) invest so much money into all flavors of marketing, such as brand marketing (incl. TV), big promotions for new customer acquisition as well as retention, and also for performance marketing?

There must be more than meets the eye. And there certainly is.

Who owns the customer?

It is a matter of what I call the Market Dominance Flip PDM.

There is one little downer, which is that you need to physically go there to enjoy its food.

But now Foodora (or replace by any other applicable food delivery service) comes into play. They help you enjoy your favorite restaurant’s food at home, too. Delivered right to your doorstep, in no time at all. How nice!

How did you become aware of Foodora? Well, the last time you have been to your favorite restaurant, you noticed a sticker, marketing collateral, etc. that made you aware of the possibility to have your food delivered. Or you asked the waiter if they’d deliver, and she said that you should order via Foodora.

Here, we can still safely say that the customer relationship, the access to the consumer, is still held by the restaurant. You order with Foodora because you were aware of the restaurant in the first place, not Foodora.

What’s the service being paid for, after all?

So, what would the restaurant pay Foodora for? They’d only pay for the commodity service mentioned before, the mere transporting of food from A to B in a short time frame. Not much of value creation on the side of Foodora, and the restaurant knows that. So, the fee that Foodora could charge for the mere transportation would be meager. Note that the relationship, the access to the consumer, has been initiated and is still held by the restaurant.

This is where the power lies. It lies with all the local restaurants. Yet.

However, over time you learn that Foodora is not just an additional service to improve the experience with your favorite restaurants. Over time, you learn that Foodora is a hub. Maybe because several of your favorite restaurants now offer food delivery via Foodora. It is a go-to place where you can discover other great and tasty restaurants you have never heard of before. “Ahh, this one sounds nice, let’s check it out!”

And here you are, the market dominance has just shifted (or starts to in this very moment). From the local restaurant that owned the access to the consumer … to Foodora.

Now, when you as a consumer check Foodora first (in order to spot new restaurants) the customer access has switched over to Foodora … who then passed on the relationship (or part of it) to the restaurant.

What would the restaurant be willing to pay for now? For sure, not only the mere transportation service. Now, Foodora delivered something much more precious than just food. It delivered a new customer. A customer that had never before experienced the restaurant at hand (and might probably never have done so in the future).

This is where the true money lies. Now we are again in the access economy, attention economy, or however you might call the game of big bucks played by digital companies, marketplaces and social networks.

That said, mind that this whole flipping process does not happen over night. Also, it does not happen for one consumer at a time, but it needs to happen for huge masses. Only when a large portion of restaurant and food delivery lovers has come to see Foodora as a true hub (and first spot to go to in case hunger comes up) the flipping takes place at scale.

This switching of power, thanks to the Market Dominance Flip PDM, is the true end game that food delivery companies and their investors are striving for.

The whole process of Market Dominace Flip follows tipping point dynamics. That is, it is not a linear process where, over time, the power of the local restaurants decreases (and the power of the hub increases) at the same rate. It follows more a sigmoid-like shape known from perceptrons in neural networks (see figure).

Customers steer for Foodora because they know that they get the biggest choice of (local) restaurants … while restaurants crave for being listed on Foodora as this is the place where all the customers are.

As my friend Kay Liedl noted, there is yet another more technical factor that supports this evolution; a factor that operates more at top of the marketing funnel: When users search on Google for a specific restaurant, the first search result they get is oftentimes not the restaurant itself anymore, but the markeplace hub, i.e., Foodora and friends.

Because the marketplace itself has acquired so much SEO power that it overrides the perfect match result … the restaurant itself, which was searched for by its very name. Sure, it does not help that restaurants have crappy websites and are poorly optimized for SEO, it is a fight David against Goliath.

Overall, the marketplace dynamics are a virtuous cycle for Foodora and friends. And a hub that both consumers and restaurant owners cannot escape.