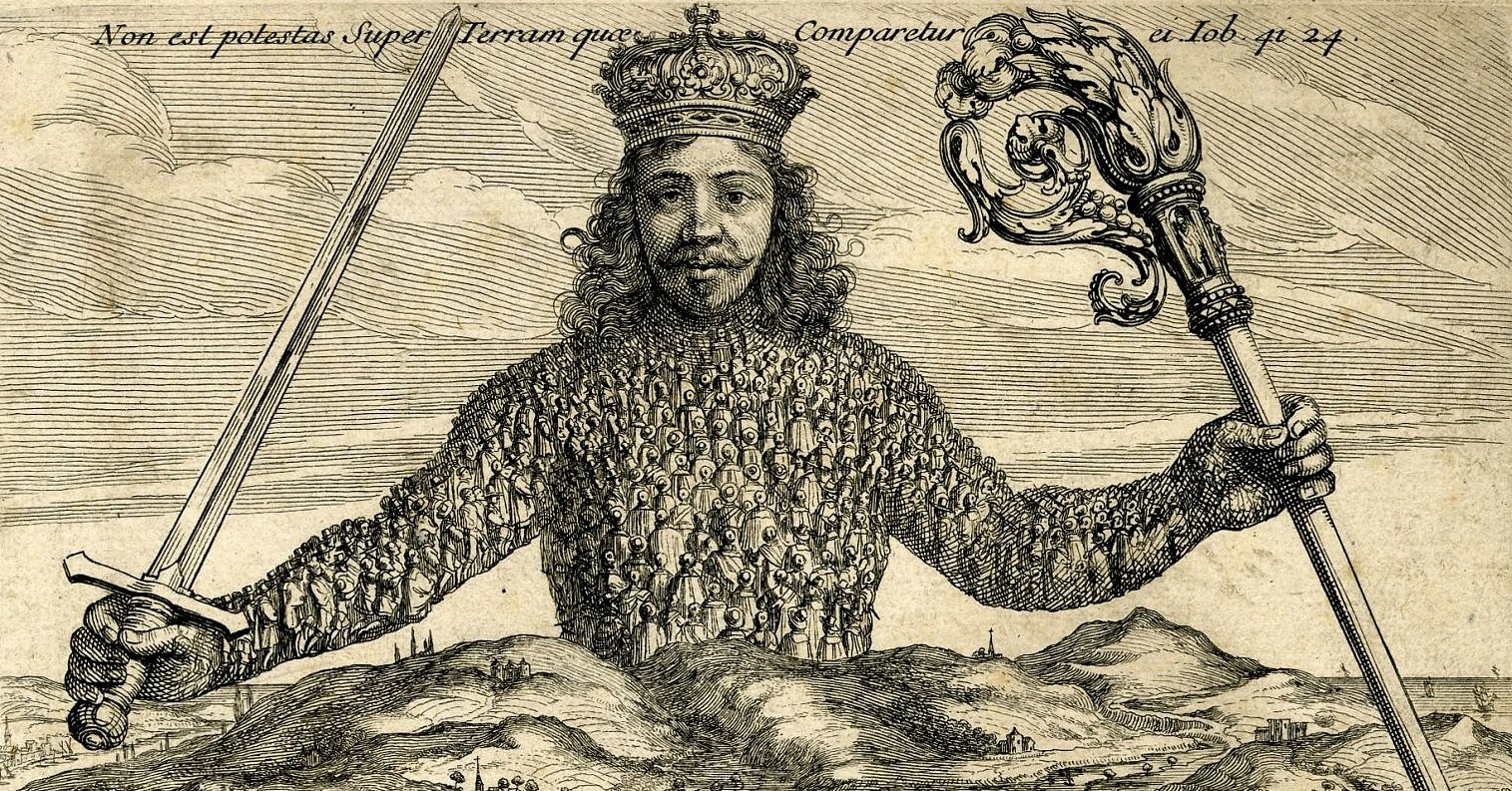 Blockchain to become its own unwanted Leviathan

If you have no idea about the inner mechanics of Blockchain and only think it’s the hottest shit on Earth, allowing you to make loads of money via Bitcoin or Ether, don’t read further. In all other cases, be my guest:

In the seventeenth century Thomas Hobbes created an opus that counts among the most important in political philosophy. At the center of it is the “Leviathan”, a name that was formerly used to describe an evil aquatic creature in biblical mythology, essentially representing Babylon (which was supposedly very evil). In Hobbes case, the Leviathan refers to the absolutist sovereign, made up (as one can see on the book’s cover) of all the people that define his state. This absolutist sovereign empowers control, which is — by being labeled Leviathan — seen as something bad.

Now, overly simplifying the book’s content (fortunately Hobbes is long dead, so he won’t come after me and sue me), one could say that the concept of Blockchain shares that idea with Leviathan: Absolutist, centralized power is bad and to be avoided. However, I believe that the Blockchain will eventually become right that:

The Leviathan it despised and never wanted to be.

First of all, let’s recap what Blockchain is actually good for. There is an excellent medium.com article on Blockchain by Adam Ludwin. To reach for even higher levels of praise, I daresay it’s by far the best I’ve read so far.

In fact, on almost every dimension, decentralized services are worse than their centralized counterparts:

They are more expensive

They are less scalable

They have worse user experiences

They have volatile and uncertain governance

Well, it’s in fact decentralization. The fact that centralized control (the “middle man”, e.g., bank, government, or — as we put it — the man-made Leviathan) is removed from the equation. True democratization. No one man or (legal) entity dominates the system, or sets the rules (which, btw, also causes a lot of mess in any case where the original “rules”, codified into the very source code of the Blockchain-based system, e.g., Bitcoin, need to be adapted). No one man or entity can forge the system.

Or so they said.

Why is forging or cheating impossible? Because if you want to forge the system and exert control, you basically run against all other users in the system, one node against millions. So, more technically speaking, it’s virtually impossible for one node/user in the system to mine a block and, at the same time, mine the next block, too.

Now, for a change, let’s look at human evolution: In the beginning there was a man. Just him. But that man found out very quickly that he can better enforce his interests (e.g., surviving, hunting, etc.) when he teams up with others. Small hunting groups came up. Later on, these turned into tribes, and eventually, thousands of years later, into states. These systems feature centralized control via dedicated organs, so-called governments (which are today in most cases democratically voted by all the people that make up this Leviathan); they define rules plus install all the authoritative and regulated middle man systems which are so much despised by Bitcoin, Blockchain, and friends.

So, to quickly summarize, man was thrown into a decentralized world, and later on evolved into one of centralized control (power borrowed from the people).

Why should that evolutionary step — will you, nill you — not happen to Blockchain, too? To be fair, the comparison is not fully made on equal grounds: For the early humans, to gain an edge (also over their peers, not just the ferocious animals roaming their prehistoric world), the cute little scattered cavemen were already better off teaming up with a very small number of other people, e.g., 2–10. They were not competing against the entire world (as is the case for the Blockchain system), but only against the small number of peers in their given locality.

So, to gain an edge over the rest of the world (aka all the other users) in the Blockchain case, there needs to be a Leviathan of global scale. You need to capture a seizable share of all the participating computing nodes on our planet to make a difference and exert control.

Hoewever, there is an incentive to build one such Leviathan: Say you are part of a cluster that encompasses 30% of all nodes in the (Blockchain) system. And say this cluster is by far the biggest, globally speaking, so that it can exert control (although not in 100% of cases, since the cluster share is just 30%), then this presents an edge over scattered and non-organized nodes: Why? Because the cluster’s inside nodes can synchronize and orchestrate their actions. Sure, the gains versus the non-organized nodes won’t be exuberant since a cluster node is just one node amongst thousands or millions of others (30% of the global system still is a lot of nodes), and the enforcement of your interests will need to undergo democracy-style voting schemes, too.

But there is an edge and so there will be the emergence of such a cluster. Some day. Of course, it also depends on the crypto asset the Blockchain is loaded with. It must be valuable and desirable, worth the massive effort of cluster building. Money as crypto asset certainly is — enter Bitcoin and Ether.

Remarkably, there has been one such case of a dominating cluster exerting power in the still-young history of Bitcoin: In 2013, the BTC Guild, a cluster of orchestrated computing power (encompassing back then approximately 20% of computing power of the entire Bitcoin network) mined six blocks in a row. This event did create ripples in the water of the inaugurated Bitcoin community. It even led to BTC Guild’ self-imposed commitment to limit the number of its nodes.

But what if such a cluster does not happen to be so benign? After all, power and money are involved. And man’s history has shown that this is a toxic mélange that will eventually lead to abuse.