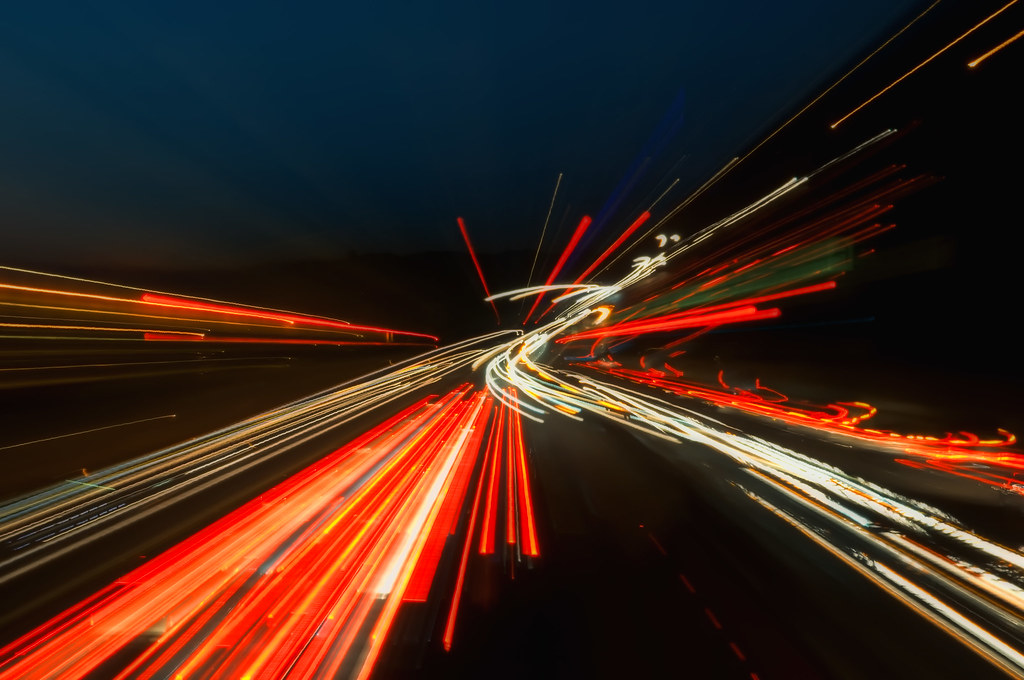 Of traffic jams and stock markets

Traffic jams are a nuisance. But when you are stuck in one, you might be tempted to think a little about their very nature … and come to unusual conclusions.

This time my blog post is not about one of my favorite topics, be it digital business models, real estate, or proptech. It’s a much more mundane topic. The glimpse of an idea that came into existence out of pure boredom:

Lately my family and me were driving in our car towards the Alps. Basically, this is the only time we do use our car, which is mainly a weekend pastime. Unsurprisingly, we were stuck in a traffic jam, not too unusual if you live in Munich and reach for the mountains.

The immediate impulse is to switch lanes over and over again in an effort to save some time. While happily doing so I started to think about the classical way of switching lanes – and if it actually makes sense.

The process is usually as follows: You are on a lane, left, middle, right, no matter, and see all the cars in the other lanes pass you by. You watch the scene for some time and then you decide to likewise switch, to one of the faster lanes. So you pull left or right, switch lanes … and find yourself in a slower lane again (immediately or after a short while).

And while I set myself into thinking mode, I came to compare traffic with a stock market.

In stock markets, the big question is always whether the performance of a certain stock – say, of Acme Inc. – is following the rules of mean reversion or momentum.

Mean reversion means the current trending (probably a positive peak, unless you are going short and betting on a declining stock) will at some point go back to its natural flow and rhythm. So the trending is only some unexplained variance and will disappear after a while. No reason to get excited. No reason to hop on.

On the other hand, momentum means that the first glimpse of a trend you see right now is due to some substantial reason. The stock will thus continue to peak and lucky you if you jumped on the stock, riding the hausse.

The problem is that you can tell apart momentum vs. mean reversion only in hindsight. When it’s too late to hop on or off the stock. If you can see it before the actions is over, let me know and I would very much like to partner with you in investing money!

So, what does all that mean for a traffic jam, you might ask. Let’s switch back into my car and the merry lane switching I am busy with:

Lanes are stocks, and stocks are lanes

I compare the lanes to stocks. And each lane’s “stock performance” is represented by the speed of throughput, i.e., how fast the traffic flows on this lane.

When you are on a lane where nothing moves at all, you are inclined to switch to another “stock” where you see more throughput, i.e., a trending of speed. Now, the question is, are you switching to a mean reversion lane (bad idea) or a momentum lane (good idea: it will continue to exhibit higher throughput than the other stocks/lanes).

No such thing as a momentum lane

In other words, a lane can never be a momentum lane. It’s always a mean reversion lane. So when you are stuck with a lane and think this will be so forever while all the others are trending, this is a fallacy. The opposite is true: When you wait on a lane that has already endured a baisse, then it’s more likely that it will shortly turn into a hausse (as compared with the promising seemingly trending lane you are considering to switch to).

So, it’s wise to bear with the traffic and keep your lane. On the other hand, if you are like me who hates to do nothing and loves to play, then you might keep up the switching game.

But bear in mind it’s unlikely you’ll get out of the jam any faster.